I needed a scarf for my brother, a modern guy’s kind of guy, a builder and designer who prefers carpentry with a modern twist, a rabid Shark’s hockey fan.

This asymmetrical scarf is reversible and features a cable balanced by a simple rib, suggesting the traces of skates on the ice. Or it would if ice were teal. 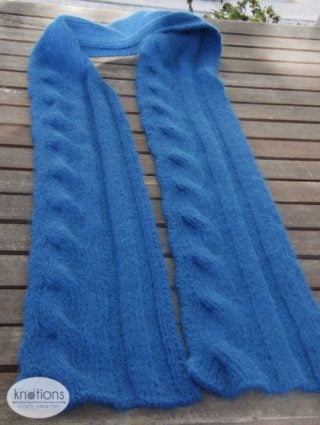 Repeat Rows 1 through 16 for length of scarf ending on Row 1.
BO in pattern.

About the Designer: Carol Buchholz

Carol Buchholz is an engineer by day, a singer, knitter, crocheter and writer by night – though since starting to knit two years ago, she doesn’t do as much of the last two. She also loves to cook, eat, drink and travel. Carol goes by the name stillstranding on Ravelry. 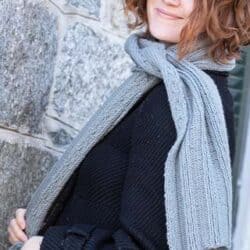 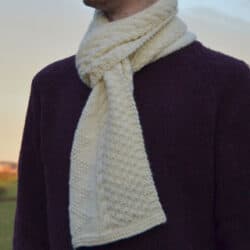