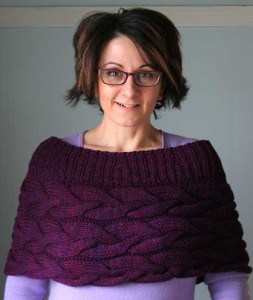 Knotions is the brainchild of Jody Richards – lifelong knitter and crocheter, tech editor, math geek, web dev chick and MS fighter.  She used to blog at savannahchik.com, but it’s greatly neglected now in favor of Knotions. She was member #85 on ravelry and has designed the Natalya Mitts, the Chevvy Socks and many others.

Jody’s mission for Knotions is to make crafters better.  To know why they increased here, why they should do ribbing there as well as staying up on the latest releases in patterns, yarns and accessories.

Her degrees are in Math and Computer Science and she’s spent over 20 years in eMarketing companies blending her tech skills and connecting with people. She learned crafts from her mom at an early age (mom was a HUGE embroiderer and sewist) so it’s no surprise she loves knitting, crochet and all things crafty. Knotions seemed like the perfect blend of everything she loves.

Why Knotions?  So people can craft smarter. 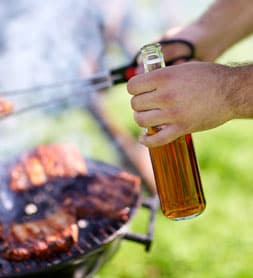 Paul Richards is Knotions’ chief of strategy, bbq, and brewing. While he does not knit, Paul enjoys wearing the hand-knit socks Jody makes for him. Paul learned a lot about knitting and crochet at an early age from his mom. One of his earliest knitting memories is when his mother got her first knitting machine – a very loud device that made many family blankets.

Paul has over 20 years of experience in technology and is currently a chief technologist for a global solutions provider. He works with Jody on many of the company’s technical and strategic decisions and uses his background in consulting and sales to help with other aspects such as marketing, site design and newsletters. Arguably, one of his most important duties with Knotions is ensuring that Jody has a steady supply of bbq ribs during launch weekends.

Paul is VERY passionate about craft beer and brewing. He recently converted the basement of Knotions’ global headquarters to an all electric brewery. There’s a very good chance that he’s in the brewery right now. He’s also a huge baseball fan and enjoys spending the warm summer nights watching the Yankees with Jody on their patio.

BTW, Jody wants everyone to realize that 85 is MUCH earlier than 7.5 MILLION iwoniwoniwon

Pattern photography by Kellie Nuss in Maryland starting with the May 2019 issue unless otherwise noted.

Pattern photography by Edsger Studio in Monrovia, CA starting with the August/September 2018 issue to the April 2019 issue unless otherwise noted.