This sock was designed late in the year while I was reflecting, soul searching and contemplating on the feelings and experiences I want to manifest in the new year that was about to start.  I considered choosing a word of the year, but I couldn’t narrow it down to just one word.  So I’ve decided to focus on a word each month.  The word for this month is abundance. I want to approach life from an abundance mindset.  I want to focus on the abundance in my life and not the lack, I want to find opportunity when faced with an obstacle, and I want to share my abundant love, joy and happiness.  I hope you channel an abundance mindset while you knit this sock. Size US 1 (2.25 mm): in preferred style for working small circumference in the round 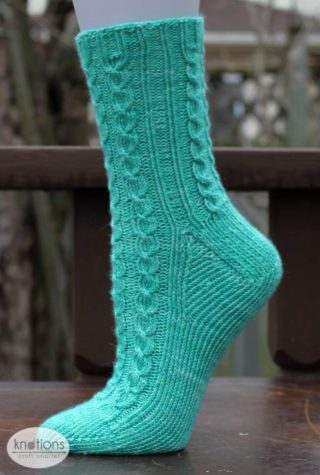 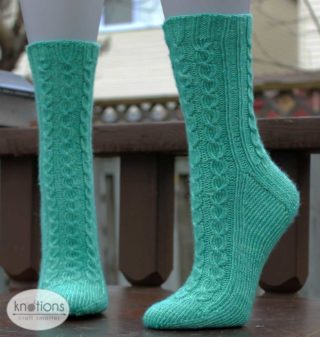 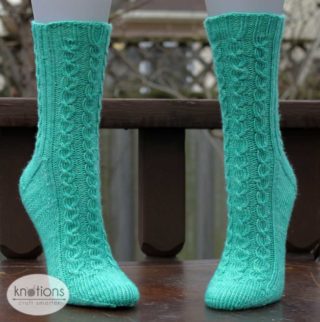 Abundance is worked from the cuff down with a heel flap and gussets and ends with a rounded toe that is grafted closed using Kitchener stitch.

Work the Pattern Rnd until the Abundance pattern has been worked 9 times or leg is desired length.

Set Up Rnd All Sizes: Work Pattern Rnd as est across the first 30 (38, 38) sts making a note of last pattern round worked; these sts will be worked later to form the instep and top of the toe. The heel flap is worked back and forth across the next 34 (34, 42) sts.

Rnd 2: Work across instep sts maintaining Abundance chart A as est, k to end of round.

Set Up Rnd Medium Only: K one round, transferring the first and last instep sts to the sole sts. 72 sts, 36 instep sts and 36 sole sts. About the Designer: Dana Gervais

I am a knitwear designer specializing in socks! I create unique, beautiful, knitting patterns that are graded for multiple sizes.

I am a sarcastic, nerdy, yarn-loving, obsessive knitter who finds inspiration in anything and everything.

I have far more ideas than I have time and my yarn stash has its own bedroom in our house.

My designs have been featured in I Like Knitting magazine, Blue Moon Fiber Arts Socks That Rock Rockin’ Sock club, Knitscene, Love of Knitting and I am proud to be a contributing designer to the upcoming books, Knits in No Timepublished by Stackpole Books and Artful Arches by KnitPicks.

I live in Ontario, Canada with my amazing husband, 2 super-awesome kids, 2 furry-lovey dogs and 1 fluffy-charming cat.

In addition to Ravelry, my designs can be found on Craftsy and LoveKnitting

Want to email me? I’d love to hear from you!  [email protected] 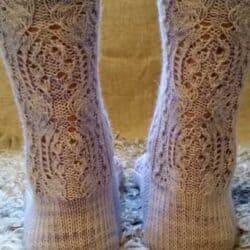 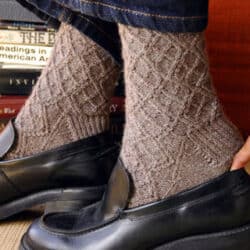 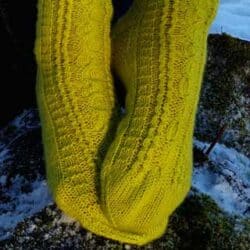