The design is easily customized by varying the lace pattern st count or by adding more lace repeats.

We’ve pictured it with both sides at the front so you can see how each of them look. 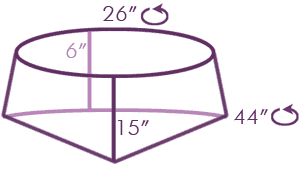 Thanks to Eden Cottage Yarns for providing the yarn for this cowlette.

The cowlette is knit flat like a shawl, beginning with a very few cast on stitches on the smaller needle, with increases similar to a triangular shawl. When the desired neck circumference is reached, the cowlette is joined in the round. The lace pattern is then knit three times and the cowlette is then bound off with larger needles using the decreased lace bind off method. 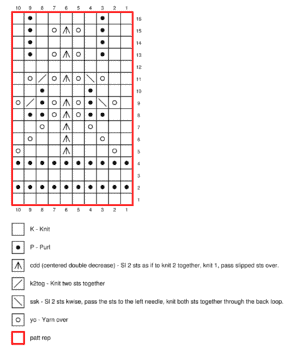 You will now increase 6 sts every RS row and 2 sts every WS row, using a combination of kfb and yo increases.

You will now increase 4 sts every RS row and 2 sts every WS row using yo increases.

Join in the rnd and place a BOR marker.

Work Rnds [1-16] 2 times and then Rnds [1-4] once either from the lace chart or written instructions.

Using larger needles, BO as follows: *K2togtbl, sl the st back to left needle; rep from * to last st, cut yarn and   pull through to finish.

Because of the three-dimensional shape, the easiest way to block is to fold your garment in half with the folds at the back and the front. Lay it flat and pin out the points through both layers. You may need to flip it over and re-pin after the top side dries. Weave in ends. 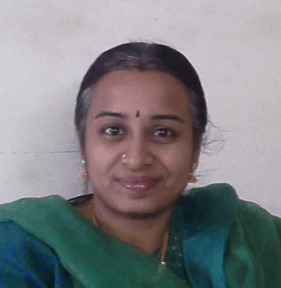 About the Designer: Jaya

Jayalakshmi (aka Jaya) is a full time mom to twin girls. In the little precious “me time” that she gets, she packs in some knitting.

Her personal design philosophy is to create quick, simple, preferably seamless yet elegant knits that are as fun to knit as they are comfortable to wear.

Her Ravelry ID is jayashankar. 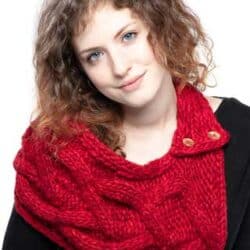 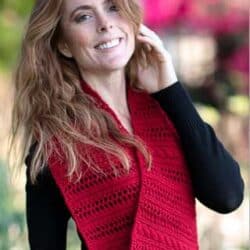 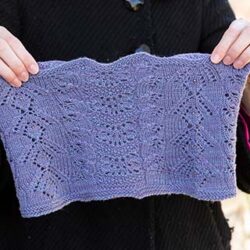