Dryad is a cowl that was inspired by the oh so soft Pure Alpaca skein I fell in love with in Paris. In my mind, this cowl had to become a wonderfully drapey accessory you want to wrap yourself into; cosy, soft and comforting when the weather turns chilly.

I selected lace stitch patterns for you that are fun to work, without being difficult and that create an airy fabric full of drape, enhancing the very nature of the yarn.

But fear not: while being airy and full of little holes, the cowl will still warm your neck or shoulders and it will surely add flair to your outfit.

How to read charts

Note: obtaining the gauge given is not crucial but will affect the finished size and the yardage needed.

Stitch markers: 1 in color A (beginning of round marker) and 15 in color B. Tapestry needle. Blocking pins. mmr – move the marker one stitch to the right as follows: one st before the marker sl1 pwise, rm, sl1 back to left needle, pm, k1. At the end of round only: do not work the last k1 but begin Round 7.

s2kp – slip 2 stitches together knitwise with yarn in back, knit the next stitch, pass 2 stitches over. 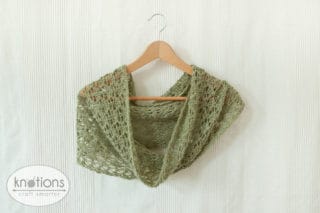 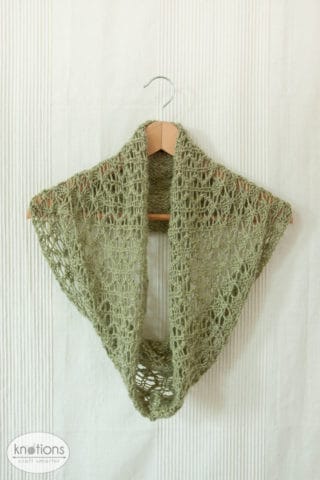 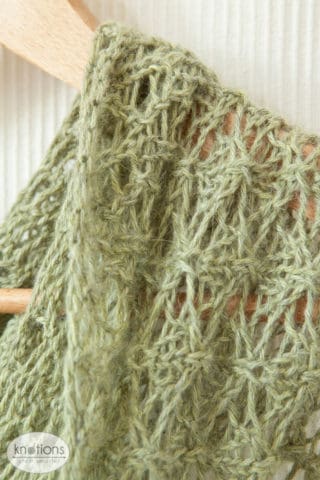 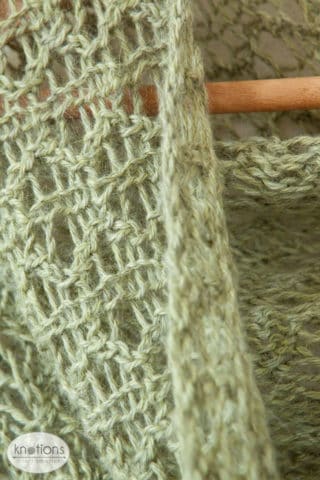 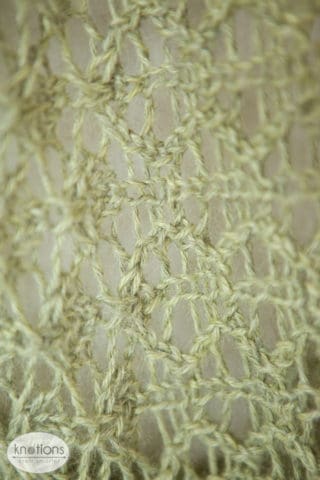 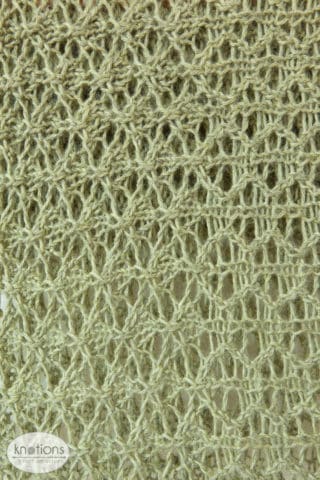 Work Chart Pattern A or written instructions as follows: Work Chart Pattern B or written instructions as follows: This pattern is worked in the round with a needle size larger than the yarn would call for. This produces a lacier fabric.

The stitch count remains constant throughout the whole pattern.

For a loose long-tail CO, spread the stitches out with the index finger while casting-on, keeping the spacing between the stitches constant.

or check the following page for details.

On all rounds, slip the markers as they present unless stated otherwise.

Note that on Rnd 6 of Stitch Pattern B, all markers have to be moved one stitch to the right to allow for working the double decrease on Rnd 7 (1st stitch). This results in placing each marker before the last stitch of each repeat. At the very end of Rnd 6, the beginning of rnd marker is moved one stitch to the right as well but the (original) last stitch is slipped as instructed in Stitch Pattern B with the mmr stitch. Once the beg of rnd marker has been moved, the original last stitch is slipped back to the left needle and Rnd 7 can begin with the first s2kp. To move markers less often, consider using one marker for two repeats (12 sts) instead of every repeat (6 sts) as instructed in the pattern setup.

Rnd 1: PmA and join in the rnd as follows, being careful not to twist: Knit the first stitch with both the tail and live yarn (being careful to treat this stitch as one stitch on the next rnd), knit to last st before mA, p1, smA.

Work the following stitch patterns in the given sequence, repeating them across the round. With the given CO number the patterns fit in 16 times across the rnd.

Work rows 1 to 8 of Pattern B five times, moving the markers as instructed on Round 6 and finally removing all mB after Round 8 – 40 rounds.

Cut yarn and pull end through last stitch. Weave in and secure all ends. Wash and block to final measurements. With the cowl laying flat, use blocking pins to open up the lace and get all edges straight. If after blocking the cowl has creases because it laid flat, gently steam block the creases using a damp cotton cloth between the cowl and the steam source.

Make the cowl larger or smaller by casting-on more or less stitches. Use a multiple of 6 sts. The sample uses 16 repeats of the stitch patterns per round. Adjust this number to the desired target circumference.

Make the cowl taller or shorter by working more or less rounds. For example, add or remove repeats of Pattern A, and of Pattern B, then proceed to work as instructed. To make the Meandering twigs taller and the Canopy shorter, work for example Pattern A six times and Pattern B three times – 72 rounds. Skeinwalker took on knitting during her end-of-year vacation in 2013 and decided to knit the garments she wished to wear but could not find in the stores. Since then, she has knit dozens of sweaters, cowls and shawls and she combines designing knitwear with her work at a software company. As an ex-computer scientist, ex-art kid and ex-freelance photographer, she is drawn to structure, architecture, color and composition. Simplicity and minimalism in construction for maximum effect are what she is looking for in her designs. Find her on Instagram under the name Skeinwalker or see her designs on Ravelry. 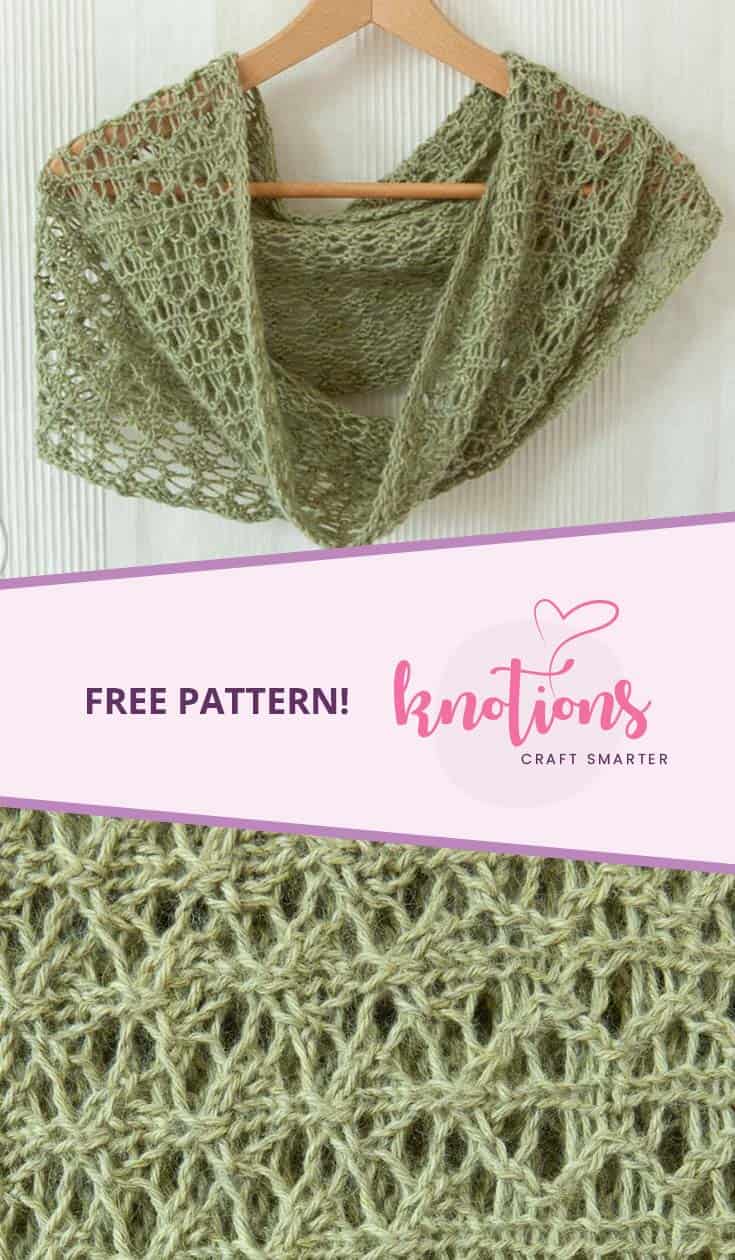 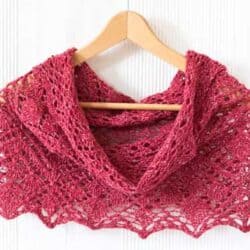 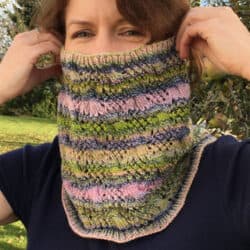 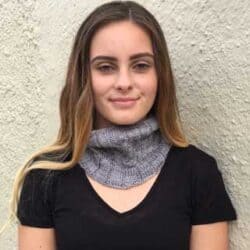 Get an email every weekday that showcases a different pattern or tutorial from our archives of over 800!