Your turn to field: Cricket ball and Baseball pattern

My fiancé is a huge cricket fan and I always love making fun knitted gifts for him, so this cricket ball will be the perfect gift for him at Christmas. This cricket ball will make a great ball to safely throw with his teeny nephews and teach them how to be great fielders!

This pattern also doubles up as a pattern for a baseball, so you can make one for baseball fans too ⚾️

3 yards of White yarn for the embellishment

23 yards of DK Yarn in White

3 yards of Red yarn for the embellishment

Using these smaller needles with DK Yarn gives a tight fabric that stops stuffing from coming through.

Sewing needle to sew in ends and embellishments 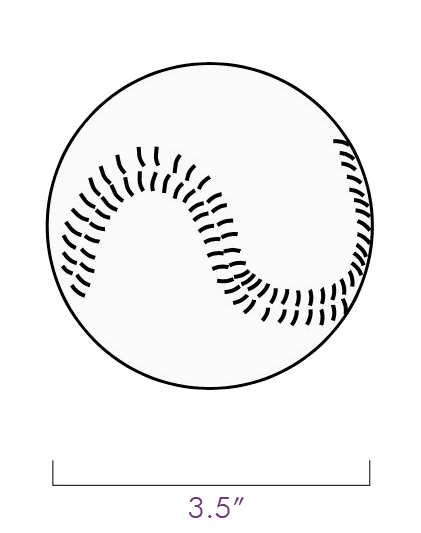 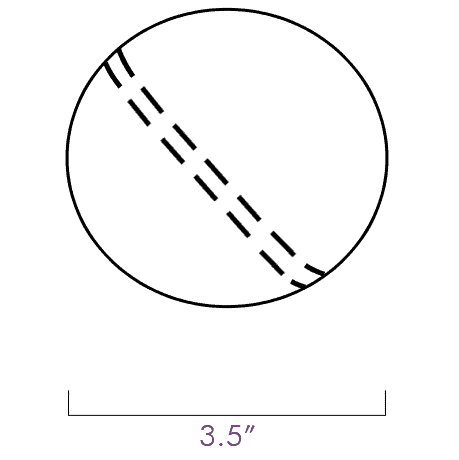 I have put the instructions that need to be repeated within ** like this *K2tog*, followed by X4 to indicate total of number of repeats. In our example, you would work K2tog a total of 4 times.

Use the same pattern below for both, using the appropriate color for each one.

Rnd 1: CO 12 stitches on to one needle. If using double pointed needles split stitches over 4 needles, with 3 on each needle.Make your tail long enough to be able to grab it and cinch like we instruct you to do after Rnd 4.

At this stage sew in the end from the cast on edge.

Take the cast on yarn and bring it through one side of all 12 cast on stitches and then pull to secure, like a little draw string bag. Then secure the end by working it discreetly into the back of the previous rows and cut the yarn. We recommend leaving the tail about ¾-1 inch long as the ball will be stuffed and you won’t see the tail.

Watch my YouTube videos that show you how to sew up the cast on edge.

You will now be knitting over these 48 stitches without increasing or decreasing until Rnd 19.

Now you will be decreasing every other Rnd.

Stuff your ball! I like to stuff mine really firmly, as this evens out the surface and makes it lovely and round.

Rnd 28: Cut the yarn leaving a 3-inch tail and attach a sewing needle to the end of the yarn. Draw it through all the stitches on the needles, stitch by stitch, until you have threaded through all stitches and you can pull the top of the globe shut like a drawstring. Cinch shut.

You may want to stuff in some final bits of stuffing before you cinch the top and secure the end.  See my YouTube video on how to finish it here.  Now your ball is finished!

Using white yarn, sew on the cricket ball embellishment along the   increase and decreases. See the schematic for guidance.

Using red yarn, sew on the baseball embellishment. See the schematic for guidance. 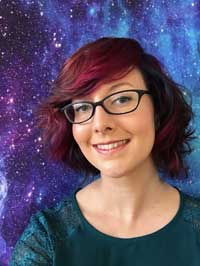 ABOUT THE DESIGNER: RUTH HAYDOCK

Ruth Haydock is a Knitting and Crochet Designer from the UK, now living in Australia. Ruth’s mum taught her to knit in 2008, just before she started university and then a few years later taught her how to crochet. Throughout the years, knitting and crochet has been a constant in Ruth’s life, helping her to overcome depression, find purpose and to become the person that she is today.

Her designs are inspired by her travels abroad and her love of science fiction movies and TV shows. Her most popular designs include her knitted and crocheted Globes and her Knitted Solar System Pattern and Spheres, which are available on Ravelry. Ruth’s designs have been featured in Simply Crochet, Your Crochet & Knitting Magazine and Knotions magazine. 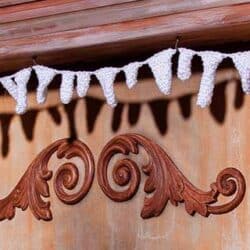 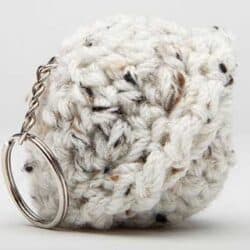 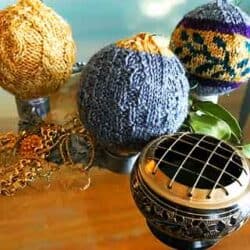 Gifts of the Magi Ornaments