Don’t just use one cast on all the time regardless of what you need. It’s so easy to get in a rut! 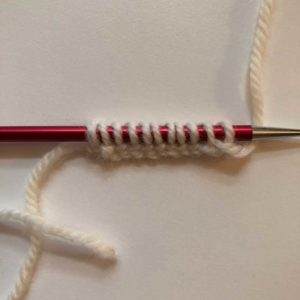 The Knitted Cast on is a versatile cast on for you to learn and use. It’s great for:

It creates a decently stretchy edge and can be decorative too.

How to do a Knitted Cast on

Step 1: Create a slip knot, leaving about a 6 inch tail.  Don’t pull it crazy snug because you’ll need to insert your needle into it in Step 2.

Your slip knot will be your first cast on stitch and will be on your left hand needle. 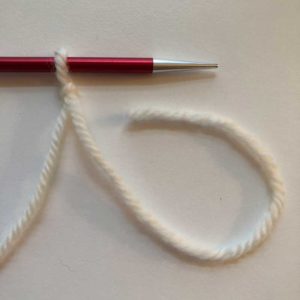 This is not a long-tail cast on, so that’s why we suggest leaving just a 6 inch tail.

Step 2: With your working yarn, knit into the slip knot/stitch but do not drop the stitch off. 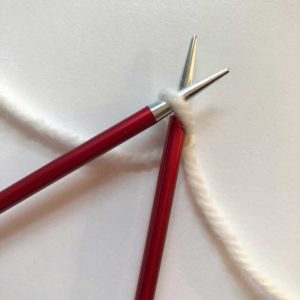 Pull that stitch out a bit to create a larger loop. 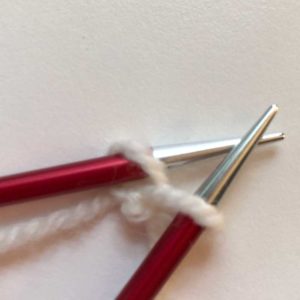 The loop will still be on your right hand needle.

Step 3: With your left needle insert the tip into the right front of the loop and move it to the left hand needle. 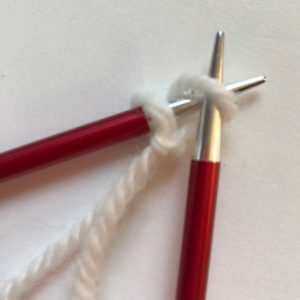 By doing this you have changed the orientation of the second cast on stitch so it’s in the correct knitting position with the left leg in back. You can now pull on the working yarn a bit to tension the stitch. 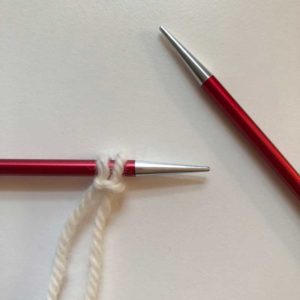 Step 4: Repeat steps 2 and 3 until you have one less than the desired number of stitches for your knitted cast on. 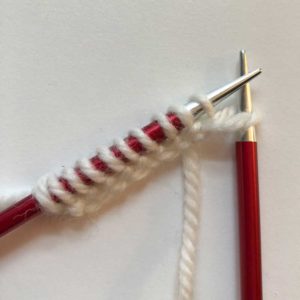 Step 6: Move the working yarn from the back to the front, between the needles. 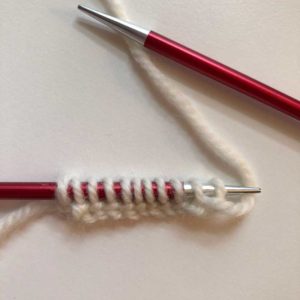 Here we have 11 stitches cast on. The tail is on the left and the working yarn is on the right.