This shawl was inspired by something mundane—carpet patterns! When I was traveling in Ireland, the carpet in my hotel had a fantastic yellow and gray pattern that I loosely interpreted into the colorwork for this shawl. This shawl is worked entirely in one piece, using stranded colorwork and a gradient set, curated by Space Cadet Yarns. Cast on for an adventure in Latvian braids, colorwork, and steeks: at the end of the shawl, you will steek the piece using a sewing machine and sharp scissors. 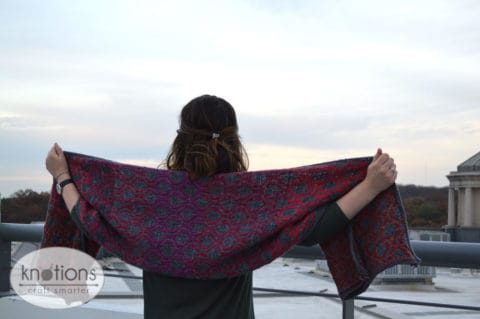 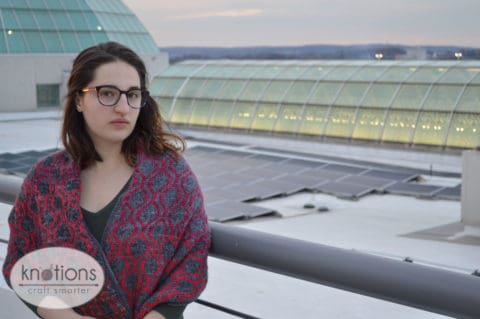 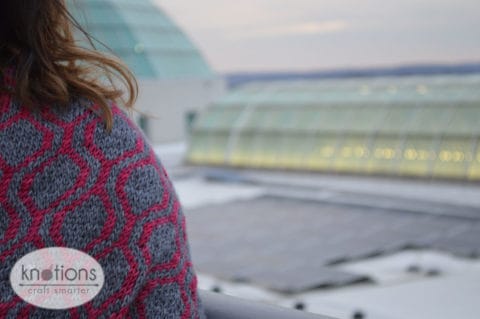 We thank Space Cadet Yarns for the yarn sponsorship.

This pattern is worked in the round from one end of the shawl to the other. The very beginning and end feature Latvian braids, and then the knitting transitions to the colorwork pattern. After binding off, steeks are worked to separate the tube into a rectangle. The shawl is finished with a knitted edge that is added to the steeked sides.

Begin working colorwork using above chart. The steek panel is divided over 3 sts for the beg of the rnd and the rem 2 sts are at the end of the rnd. The gray no st in the chart indicates your markers, and the pattern repeat is indicated and is worked 5x across the rnd.

Weave in all ends, making sure to weave them away from the center seam.

Now is the time to test your steek. Is it secure? If not, it might need more reinforcing by adding another row of sewing on each side.

K 3 rows. BO all sts loosely. Work the same on the other side. About the Designer: Emily Connell

Emily Connell is an instructor and designer in Baltimore, Maryland. She likes to design sweaters in particular, but also shawls more recently with intriguing constructions and clever techniques. Short rows, stripes, and lace are her favorites. You can find her with her current project and her cat, Curious, who is always trying to steal or sleep on the yarn. 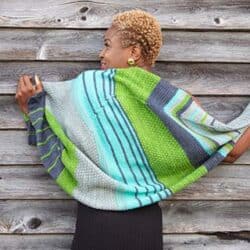 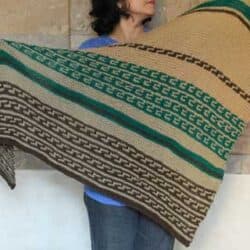 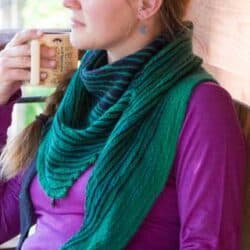