A delicious, waffly, tea cozy of a hat. And it’s even reversible. The right side features a more feminine pattern of ovals outlined with a tracery of darker color. The wrong side has a more masculine pattern of bisected blocks.

This simple colorwork technique transforms a simple ribbed hat into something fun, bold, deeply textured and rather splendid. Yet it only requires one pattern row out of six and only one color is ever worked at a time. 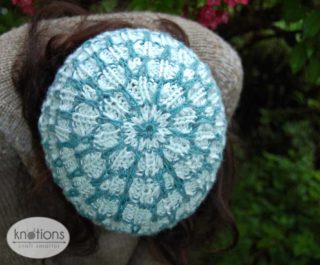 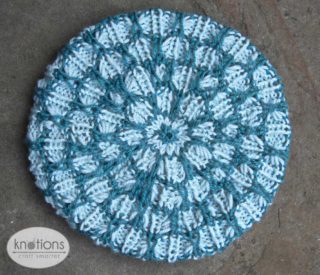 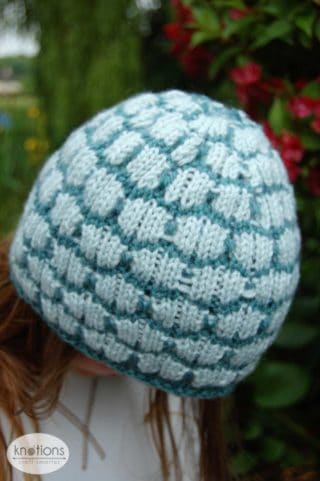 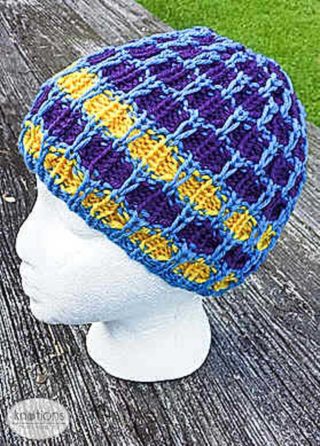 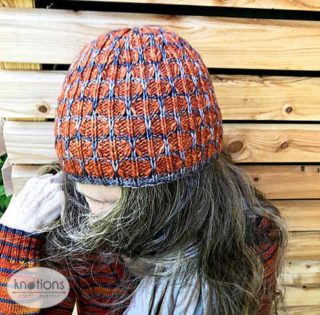 How to Count a Large Cast-On

Adult M: 18”/ 45cm (the M is a little longer than the S, but in this very stretchy pattern the same size will fit around your head) OR correct needle size to achieve gauge. Pattern assumes magic loop, but you may substitute your preferred method for small circumference knitting when decreasing the crown.

Stitch marker for start of round

Pattern is worked bottom up in the round and assumes magic loop on circular needles. You may substitute your preferred method of circular knitting and small circumference knitting for the crown decreases. Gauge swatching in the round is recommended. You will note that the medium size starts with the same cast-on numbers and has the same circumference as the small size. This is a very stretchy pattern and will easily fit a medium head; the medium does have some extra length.

When changing yarn color you can carry the unused yarn up the inside of the work by twisting it with the working yarn at the beginning of every row. This is not very visible on my sample and the hat remains viably reversible.

** ending on rnd 7 for the half repeat

Weave in your remaining ends. Wash according to your yarn band instructions and dry flat or on a hat blocker. About the Designer: Elizabeth Felgate

Elizabeth Felgate is an independent designer living in a stone cottage in rural Wiltshire with eight walnut trees in the garden.

She likes designing from first principles. Many of her patterns feature custom-designed lace patterns or unusual construction methods. She loves aran weight jumpers and airy lace; but is not averse to chunky lace and lightweight sweaters either.

When not knitting she is a marketing consultant and mother of two. 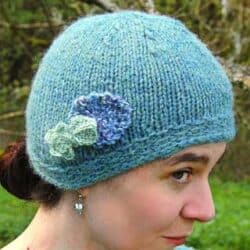 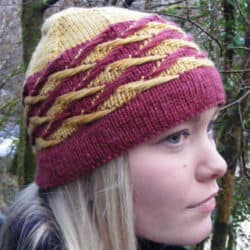 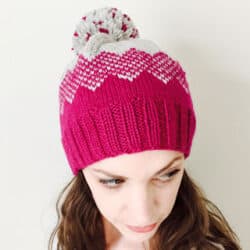