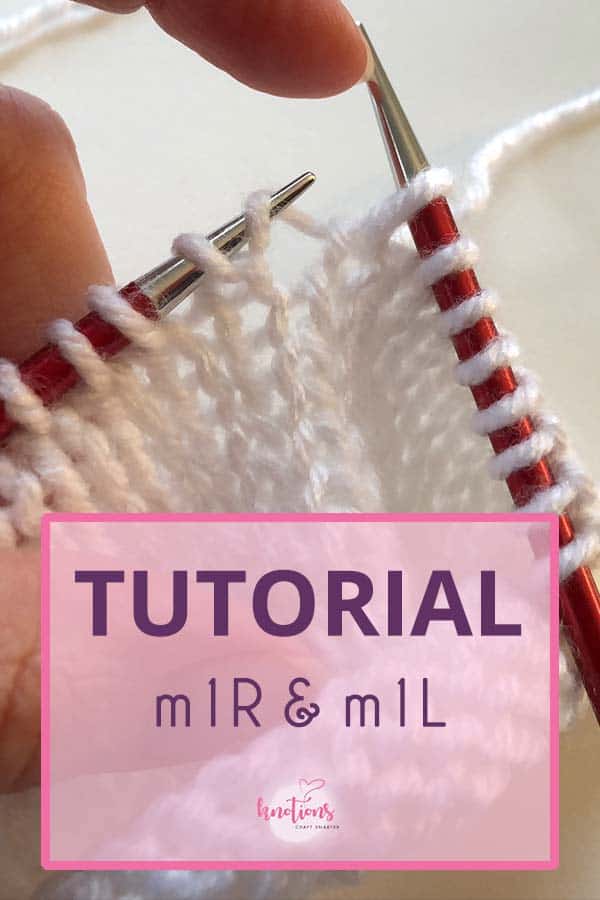 The M1 or M1L is a nearly invisible increase.

It also doesn’t leave a hole.

If your pattern just says to M1, they’re typically expecting you to work this increase.

Step 1: Working with the running thread between the two needles, 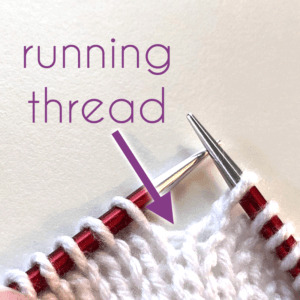 pick it up with the left needle from front to back. 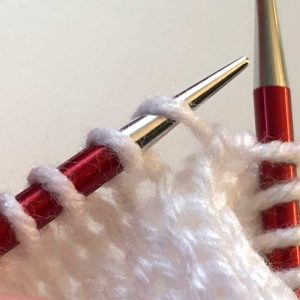 Step 2: Knit into the back of the stitch you just added to your left needle. 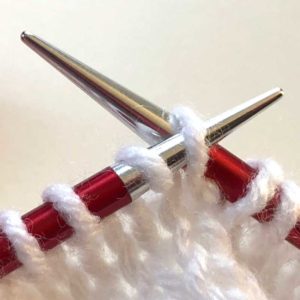 That’s it! Now wasn’t that easy?

Well, I’d say easy-ish. Working the KTBL in this case is a bit difficult for me. So, to make it a bit easier for me, I first run my RN around needle and then put it in the stitch. Ymmv though, so if it works ok as is for you, just be happy and go with it!

Here it is after we’ve worked a few M1’s in a row.

They can be used in lots of places, but two that we’re quite fond of are on the toe of a sock and also at the raglan seams. Here it is used in a raglan seam. 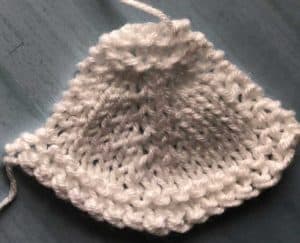 For both of these applications, we also recommend using the increase leaning the other way, the M1R.

Since it’s often compared to the KFB, here you can see both of them.