Trebles aren’t used as frequently as some other stitches in crochet, but they still appear a good amount.

Height of a Treble Crochet

Treble crochets are generally regarded as being 3 times as tall as a single crochet (sc).

Ordering of the Heights of Crochet Stitches

The following shows the increasing heights of stitches, from the shortest to the tallest. This isn’t an exhaustive list, but it does list the most common stitches.

You may see these stitches used in this order to vary the height increasingly (or decreasing, starting further to the right and moving leftward)

How to Work a Treble Crochet

Step 1: Yo hook twice, insert into the stitch. 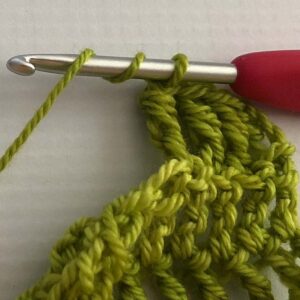 Step 2: Yo hook and pull through. 4 loops on the hook. 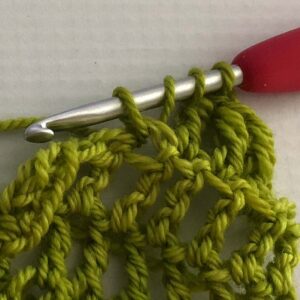 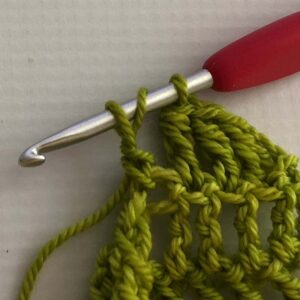 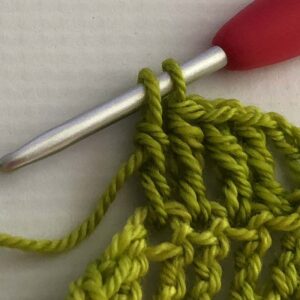 Step 5: Yo hook again and pull through remaining 2 loops on the hook. One loop remains. 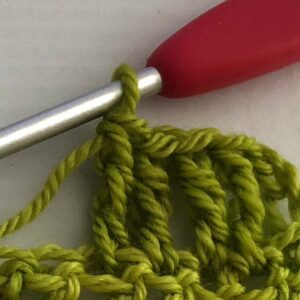 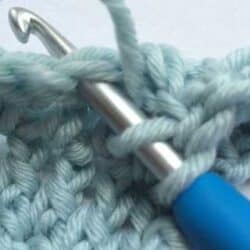 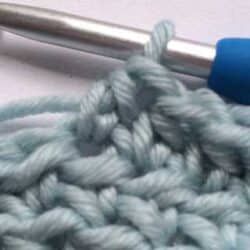 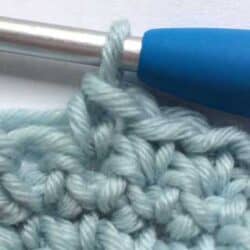