9 sts per 4″ (10cm) with small needles in ribbing pattern 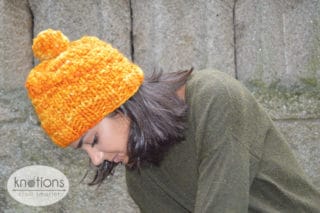 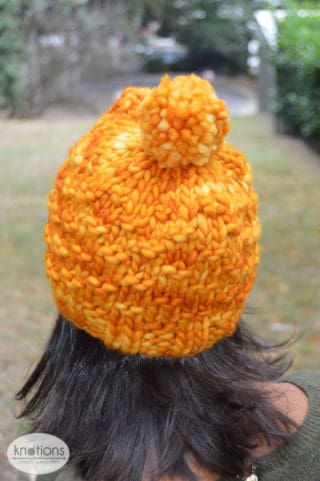 Using Long Tail Cast On and smaller needles, CO 44 sts, place marker and join in the round being careful not to twist your sts.

Rnd 6 and all even rnds: knit

Cut yarn leaving a long tail and pass it through the rem sts, cinching tightly. Weave in ends and block.

Make a medium-sized pompom and attach it on the top of the hat. Enjoy your new hat 🙂 About the Designer – Trelly Hernández

Hi, my name is Trelly and I live in Spain. I’m married and mom of Penny, an adopted dog. Knitter, quilter, reader and animal lover, life is my passion.
Ravelry: trelly
Instagram: @trelly7 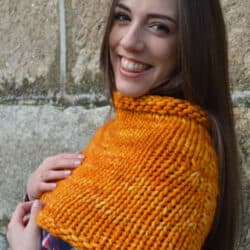 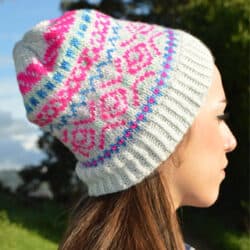 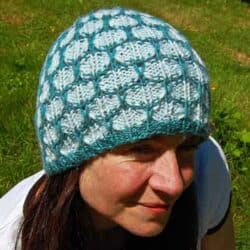