How to do a single crochet

How to do a chain in crochet

The pattern is easily modified to be longer or taller. Here’s a partial chart so you can see what’s being done (and how easy it is!) 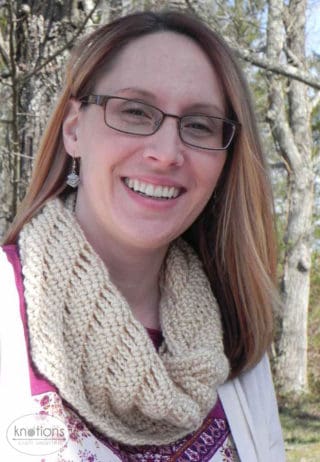 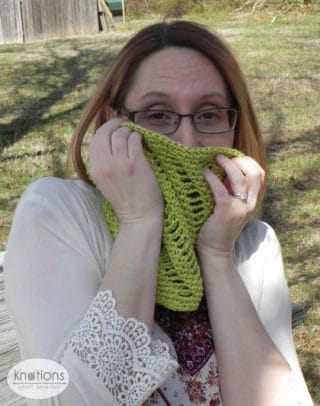 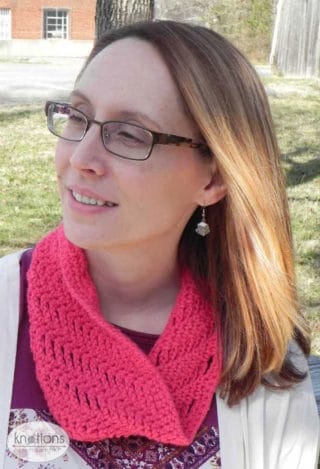 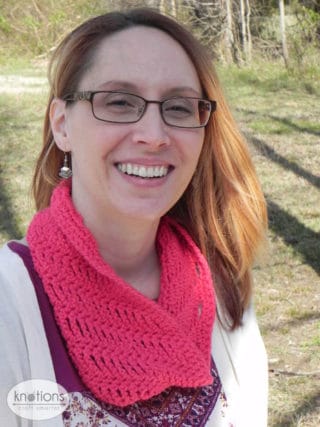 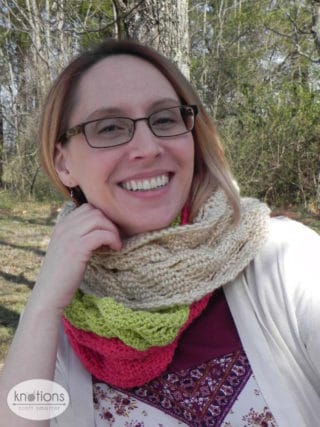 Repeat as required for total number of fsc.

An invisible join is used instead of a slip stitch at the end of round 28.  By using the Invisible Join instead of a join with a slip stitch, the link of the 1st & last stitches of the round look like a continuation of the stitches.

Fasten off and leave a long (4”/10 cm) tail.  Insert hook from back to front under both loops of first single crochet; yarn over with the yarn tail, pull through.

Cowl can be made larger or smaller by doing the fsc in any multiple of 6.

Rnd 1: Fsc 84, sl st to 1st st (being careful to not twist the foundation) 27” slightly stretched

Cowl height can be modified by adding/subtracting repeats of Round 4.

Note that in this next round there is a ch3 instead of a ch4 between the 3 sc.

Fasten off and weave in ends

ABOUT THE DESIGNER: MARGO BAUMAN

Margo Bauman – aka flyingflower on Ravelry – learned to crochet from her Grandmother.  While she occasionally spent some time working on crochet projects while growing up, and later in college, she didn’t devote much time to it until the 2000’s.  Since then, she has won a considerable number of 1st place ribbons at the St. Mary’s County Fair for her exceptional work. Her beautiful crochet pieces can be seen at the woman’s cooperative called Fuzzy Farmers Market in Leonardtown MD. 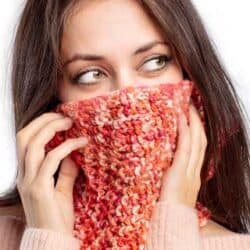 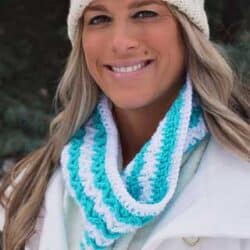 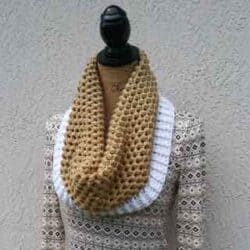