This is the method that we’ll teach you.

You hold the yarn with your left hand.

Yarn is held in your right hand. You wrap the yarn around the needle for each stitch.

There are several other ways. For the sake of simplicity (and to avoid confusing you) we won’t discuss them further.

Our take on the knitting method that you choose

ANY method is fine. In the end, it doesn’t matter how you make the stitches. It matters what they look like when you’re done

Having said this, knitting left-handed can be much harder because almost-all patterns are written for right-handed knitting. You’ll need to either convert them beforehand or as you knit.

A famous knitter – Elizabeth Zimmermann – even said that there are no wrong ways to knit but knitting left-handed is close.

I’m not saying that left-handedness is bad, just that knitting left-handed does create a lot of challenges.

While I’m not left-handed, my gut says that it would be worthwhile to put the effort in early to knit right-handed.

I’d also suggest not calling it “knitting right-handed”, but rather coming up with another term that doesn’t characterize it that way. 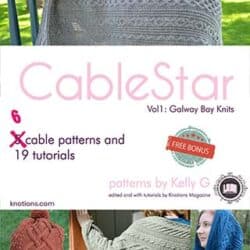 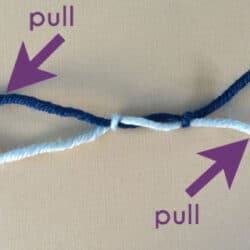