Lacy Garter Blocks is a slouchy beanie with a tilted blocks motif. This is a quick and easy knit with larger needles and worsted weight yarn. It only takes several hours to complete, making it a great project for beginner knitters. 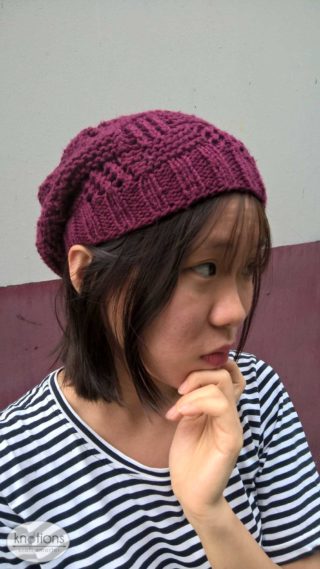 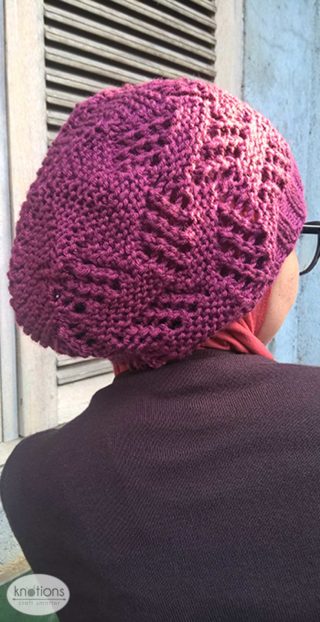 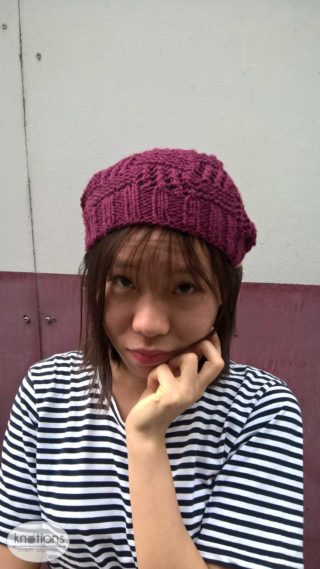 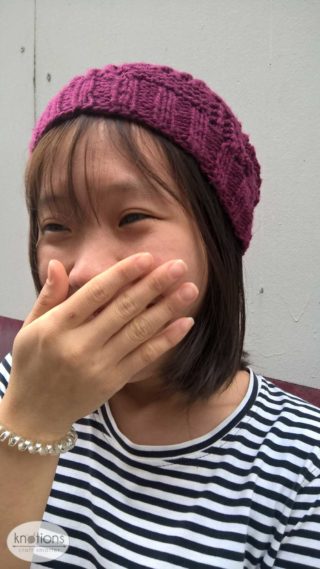 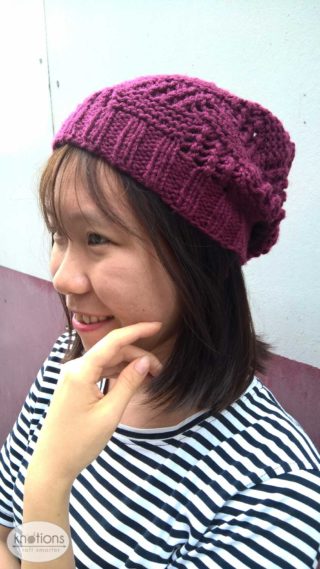 This pattern is worked in the round from the bottom-up. Motif repeat for body section is a multiple of 16 stitches + 1, worked for 16 rounds. Body section is repeated twice, then repeat rounds 1-8 once. After the body, continue to the crown shaping for 17 rounds.

Rnd 2 and every even round up to round 16: Purl to the end of the round.

With larger needle using long tail cast on method, CO 80 sts. Place marker and join to work in the round, taking care not to twist stitches. Transfer all of your cast on stitches to smaller needle then continue to brim.

Now you have 81 stitches on your needle, transfer those stitches to larger needle to begin body section.

Repeat rounds 1-16 twice, then rounds 1-8 once for body section.

In this section you will place stitch markers every 10 stitches. Please note that you will have 11 stitches in the last repeat. Use a different color marker for the beginning of the round.

Follow either the chart or its written instructions above.

Cut yarn, leaving tail to weave in. Use tapestry needle to gather the stitches and close the hole. Tighten and weave in ends. Block to open lace.

About the Designer: Dian Paramita

Dian Paramita is a self-taught knitter who lives in Jakarta, Indonesia. She has interest in lace knitting. Even though she lives in a tropical, but she loves to work with wool fibers. She has an undergrad degree in Psychology, but decided to pursue her dream as knitwear designer. 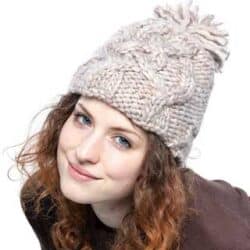 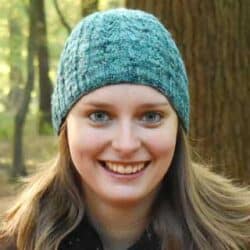 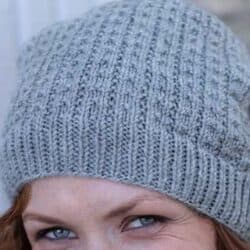