[tutorial] KFB (knit front and back)

The KFB is a basic increase used in tons of patterns.

This increase creates a little bump that looks like a purl bump.

The bump can actually be used as a decorative element in a pattern.

How to work a KFB (Knit Front and Back) stitch

Step 1: Knit into the front of the stitch (just like normal). But. DO NOT slip the stitch off the left needle.

Step 2: Knit into the back of the same stitch.

This is the same action you would do if you were KTBLing.

NOW, slip the stitch off the left needle.

It’s often called a “bar increase” because, well, there’s a small bar that’s left behind. Technically, it’s from working the second part of the stitch (the KTBL part).

Here’s how I do it when working then for raglan increases.

In this example. I’ve marked just the center stitch. I work up until the marker, KFB, k1, KFB. This actually makes the bars TWO stitches apart.

Notice that they’re TWO stitches apart, even though I only work a single knit stitch between the two.

The same approach works for the toes of socks as well. In that case, I:

I detail this and many more sock secrets in SockStar and SockStar Volume 2: Heels. If you like being as particular as I am about these things, the SockStar family is for you.

Here I’ve pictured both the KFB and M1 methods side-by-side.

Try the KFB with some scrap yarn

Work up a swatch using the KFB so you can get comfortable with it! 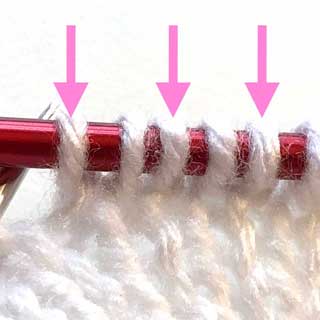 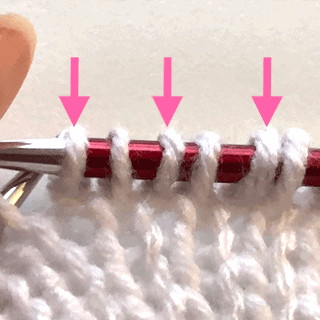