Ulchabháin is the Irish word for owls. These mittens are named for the pair of owls which adorn these cozy Aran weight mittens, perfect for frosty autumn evenings. The mittens are a perfect match for the Ulchabháin Cowl. Yarn used in this design is organic merino Aran weight from Dharma Dyeworks, an Irish Indie dyer. One skein of each color is enough to knit both the cowl and pair of mittens in the smallest size. 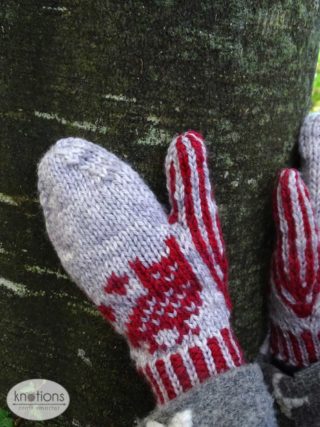 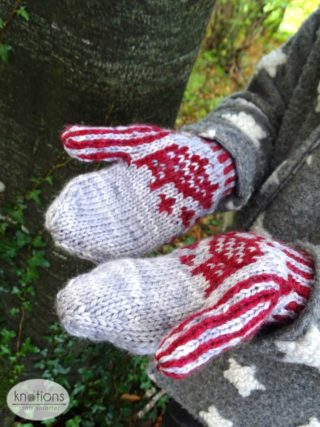 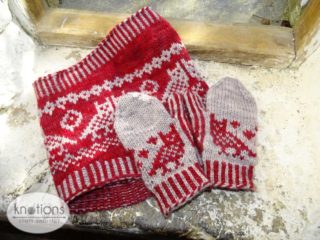 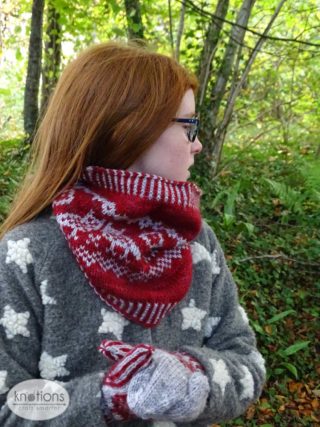 How to Knit Colorwork Size US 8 (5 mm): DPNs and/or circular needle for magic loop

The mittens are worked in the round from the bottom up, starting with a two color cast on, merging into two color slip stitch ribbing. The striped thumb gusset is shaped as the color work motif is created in two colors. Stitches are set aside for the thumb as the remainder of the mitt is worked and shaped. The top of the mitt is grafted together before returning to complete the stripped thumb. All colorwork is charted. The pattern gives two options for cast ons, please use your preference.

CO 30 (30, 34) sts using two color cast on and smaller needles. Join in the rnd, being careful not to twist stitches. Pm to mark BOR.

Change to larger needles and MC

Follow the rest of the instructions regardless of which cast on method you chose.

Change to larger needles and MC

Rnd 16: Knit. This is the end of the chart for the Medium.

Rnd 18: Knit. This is the end of the chart for the Large.

Continue Here for All Sizes

Divide for thumb (All Sizes)

Work 12 (14, 16) rnds in St st. Note: You will only be working the body of the mitten. The thumb stitches will be held separately and you will work them later (see below).

With MC, cut yarn and pull through live sts. Pull tight to close hole and weave in end. Secure end of CC color.

Weave in all ends and block to dimensions. About the Designer: Ciara Ní Reachtnín

Ciara Ní Reachtnín is an Irish designer living in the wilds of the West of Ireland with her four children, husband and two crazy dogs.

When not knitting, Ciara is busy with her day job as a multi-grade primary school teacher. She also hates writing bios. 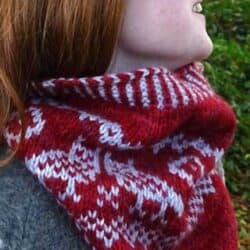 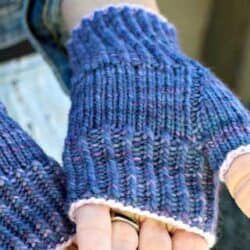