Sometimes I know exactly what I want to knit, some strong solid cables or squishy textured stitches.  Sometimes I want to knit lace, or just plain garter stitch.  But sometimes, sometimes, I feel like a kid in a candy shop and I want it all!  Cables, lace leaves and textured borders highlight these cuff down socks, designed with an adventurous knitter in mind, that take you on a walk through the woods at a park near my house.  There are bumpy, wooded trails leading along the side of the creek, which winds its way through the park.  Hidden in the undergrowth you can spot wild trillium and plenty of ivy.  Won’t you take a walk through the woods with me?

Size US 1 (2.5 mm): double points or circular needles for working in the round.

This pattern is worked in the round from the top down.  It includes a slipped stitch heel flap and rounded toe. 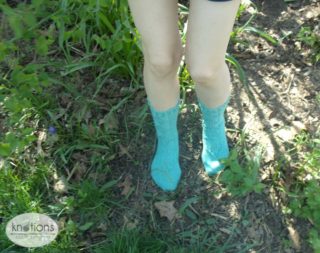 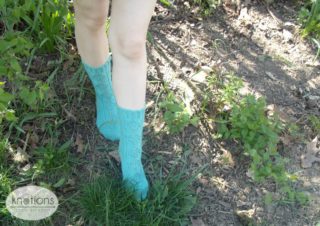 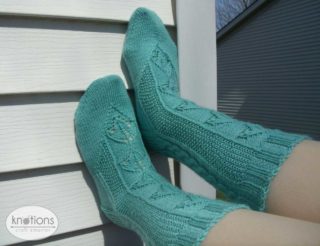 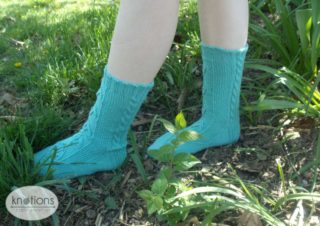 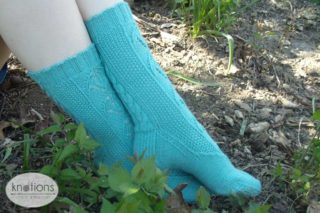 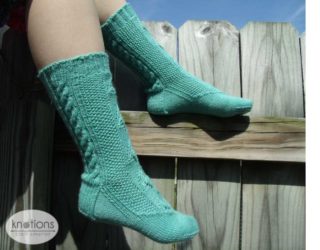 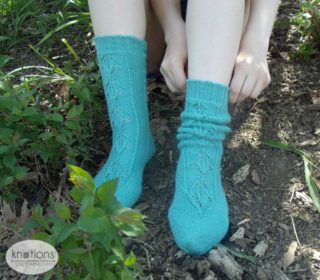 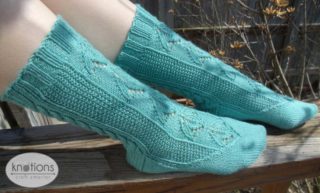 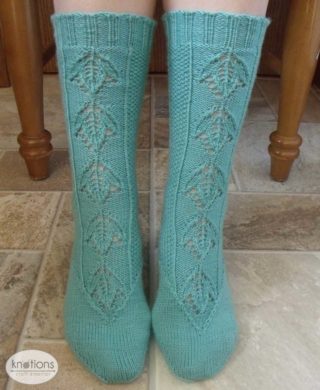 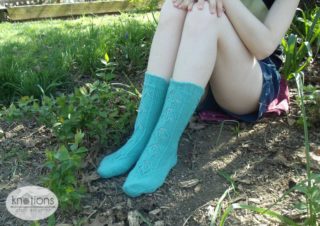 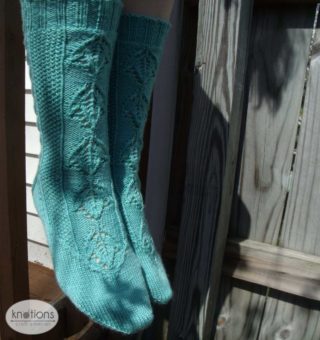 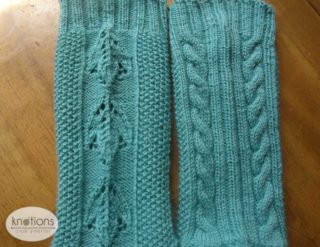 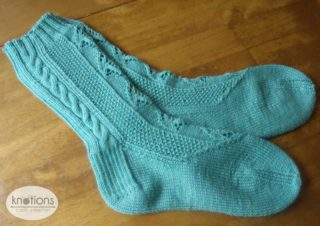 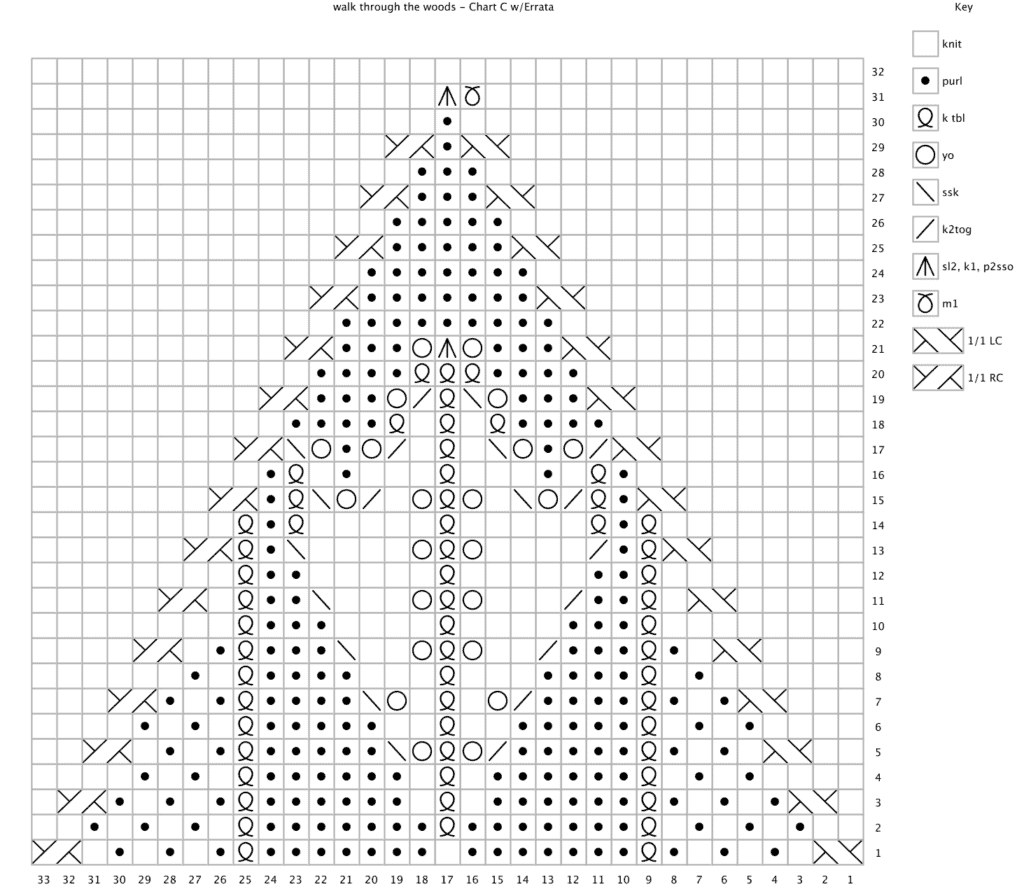 CO 64 sts and join to begin working the rnd, being careful not to twist.

Set up row:  Do not work the sts that contain Chart A, immediately turn your work and Slip1, purl 31 sts.

We will now work flat.

Repeat these two rows a total of 16 times.

Rep rows 2 and 3 (continuing in this manner), working one additional stitch before each decrease until all sts have been worked. [20 sts on your needle.]

Repeat these two rounds until you have 32 sts on the insole. 65 sts total. (Leave the markers in for ease of working the toe decreases.) Continue without further shaping to the end of row 24 of Chart A. (65 sts total remain)

Checking foot length frequently work Chart C, toe decreases can be worked concurrently with the chart if needed for foot length.  Upon completion of Chart C work all knits every rnd, if needed, until 2.5 inches (6.5 cm) less than desired length.

Rnd 2: Knit across all sts.

Knit across to first marker, rearranging the sts on the needles as you go, so that all the instep sts are on one needle and all the insole sts are on the other.  Cut yarn leaving a 16 inch tail and graft the two sides together using a Kitchener Stitch.

Weave in your ends, block if desired and unless you were working two at a time, knit the second sock, taking care to match row counts from first sock. About the Designer – Mary E. Rose 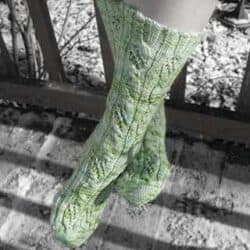 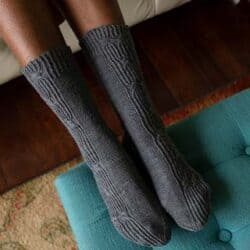