This hat was inspired by the shapes of basalt rock formations such as the Giant’s Causeway in Northern Ireland. It’s knitted in the round, and features a simple colorwork pattern. The hat would work in a solid and a gradient yarn as shown here, or in two solid contrast colors. It knits up quickly, so would make an ideal gift!

Knitting Colorwork and Following the Chart 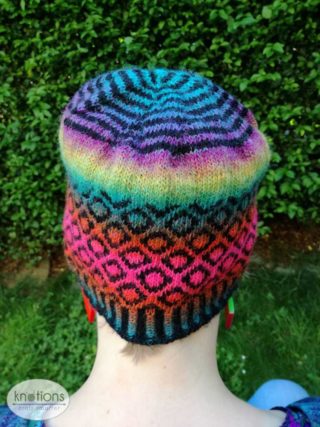 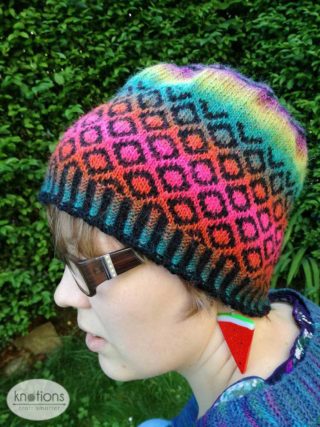 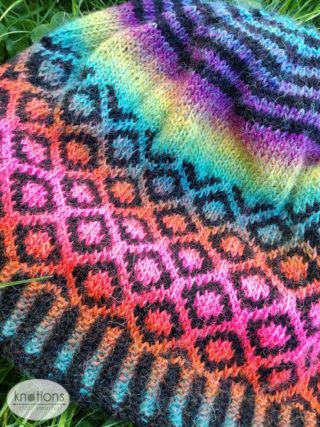 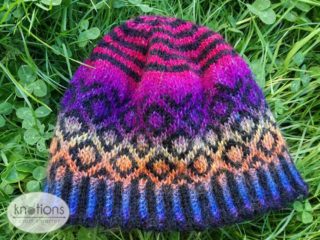 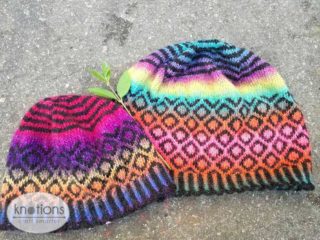 Head sizes vary a lot, so it’s best to measure the intended wearer if you can, and select the correct size to suit them. However, the sizes roughly equate to age ranges, as follows: Yarn needle for weaving in ends and seaming

This hat is knitted in the round, and the stitches drawn up to fasten off at the crown.

Work this rnd another 9 times.

Rep Rnds 3 and 4, working 1 fewer knit stitch bef the dec until you have 20 sts rem.

Break yarn, draw through remaining sts and fasten off.

About the Designer: Torya Winters Torya is an actor turned student midwife who knits furiously through all coffee breaks! She has previously designed for Knit Picks IDP, and sells her patterns through Ravelry and Love Knitting, as well as being published in UK magazine Knit Now. In her spare time, she tests and sample knits for other designers. 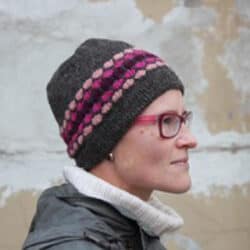 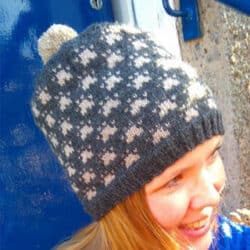 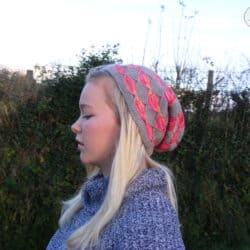