These unisex socks hug the foot with a stitch pattern that combines cables and knit/purl texture.

Note: Actual yarn usage will depend on the length of your foot. If you are making the largest size and/or have very long feet, you might need a second ball of yarn.

These socks are worked in the round from the cuff down. 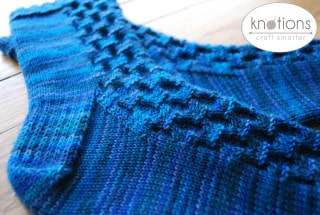 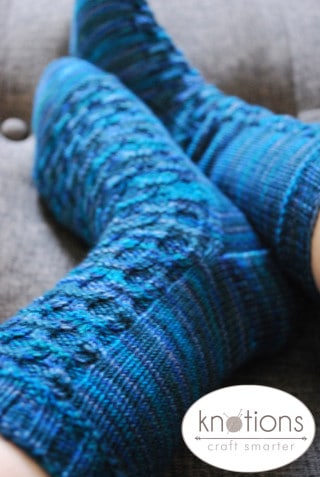 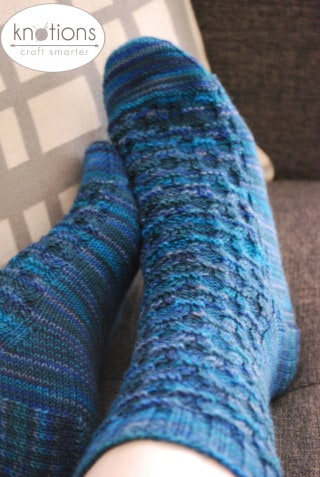 The heel flap is worked flat over the last 32 (36, 40) sts (the plain Stockinette side) of the rnd as follows:

Remove beg-of-rnd marker and k to instep; pm to indicate beg of rnd.

Work even (in cable pattern on instep and in St st on sole) until foot measures 2” or 5 cm less than total desired length.

Place all instep sts on one needle and all sole sts on another. Break yarn and thread yarn needle with tail. Use Kitchener stitch to graft remaining sts. Bring yarn tails to inside and weave in ends, then trim. Block as desired. About the Designer – Sarah Jordan

Sarah is a recovering sock addict living in Pittsburgh, Pa., in a house quickly being overcome by yarn and fiber. She blogs at paknitwit.blogspot.com, and you can find her full portfolio on ravelry. 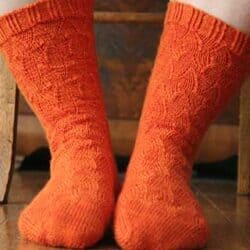 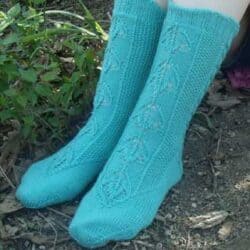