I’ll freely confess my fascination with self-striping yarns, whether ones with sharp color changes or where the colors softly meld into each other. The development of “sock flats” – machine-knit tubes or rectangles that can more easily be dyed in striped patterns – inspired me to play with ideas for patterns that make the most of self-stripers. Chevron-style stitches are one obvious choice, and this pattern uses one, along with rows of eyelets, to create vertical lines that contrast with the horizontal color changes of this handdyed, color-melding yarn. Although I haven’t yet had time to test my theory, I suspect this design would work well with all sorts of yarns: machine-dyed stripers like the Regia Kaffe Fassett series, Trekking XXL’s softly-changing colors, even a non-striping handpaint of the “muted multi” variety. 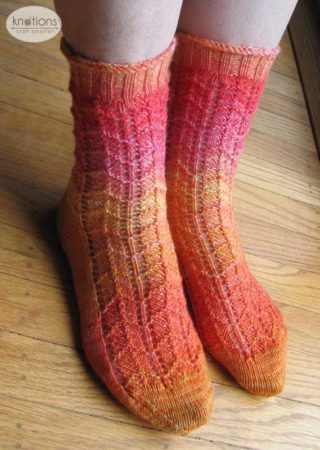 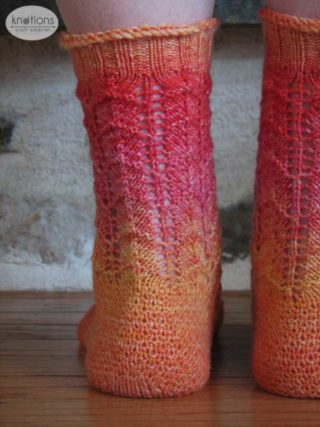 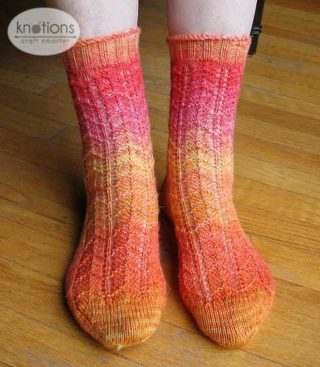 Socks are worked from cuff to toe using the two-circular-needle method.

About the Designer: Carol J. Sulcoski

Carol J. Sulcoski is the author of Knit So Fine and Knitting Socks With Handpainted Yarns (both published by Interweave Press), and she has designed for Knitty.com; Big Girl Knits; JCA/Reynolds; and KnitScene. She blogs at Go Knit In Your Hat, where her “No-Bull Book Reviews” are a popular feature. She is proprietress of Black Bunny Fibers, where she sells handdyed yarns and spinning fiber. 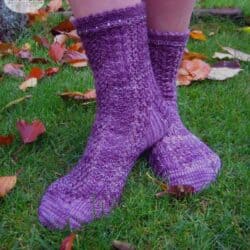 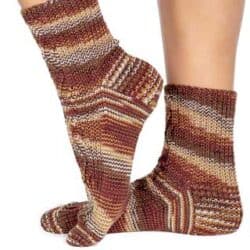 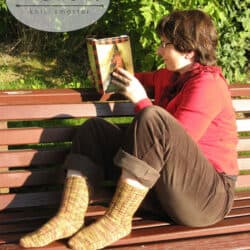