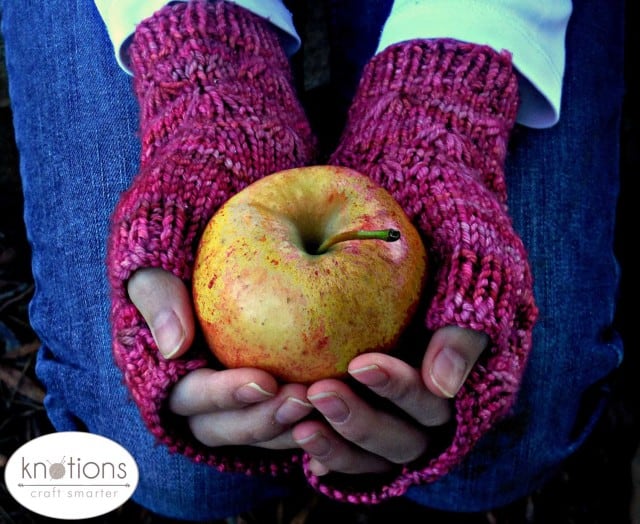 Taraxacum is the scientific name for dandelion, and that’s what this unique stitch reminds me of. The mitts will keep your hands warm while leaving your fingers free to move, and they are easy and quick to knit.

US#5 (3.75 mm): double-pointed needles, 40” circular (for magic loop), or choice of needles for small circumference knitting.

US#6 (4 mm): double-pointed needles, 40” circular (for magic loop), or choice of needles for small circumference knitting.

Since Rios is a superwash wool, keep in mind that it may grow overtime. Thus, it is essential that you put it in the dryer after washing to make it resume its shape. Monitor closely and take it out of the dryer every couple of minutes until it’s the desired size.

This pattern is worked in the round from the bottom up, with no shaping and a thumb gusset.

Tutorials for the dandelion stitch (flower) can be found here and here.

The direction “work petal” indicates that you must work only one “loop” of the three-loop dandelion.

Insert right-hand needle into the third stitch down from the second stitch on left needle (this place will form the center of the flower) and draw through a stitch (make stitch loose enough so the rows don’t pucker), leave stitch on right-hand needle and knit 2, make second stitch into same stitch as previous petal, knit 2, make third stitch into same stitch. 3 sts inc’d but will be dec’d on next rnd. 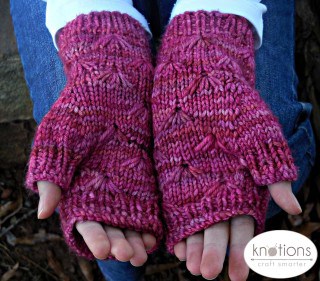 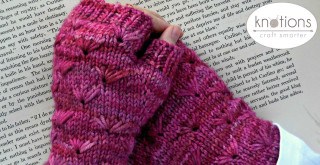 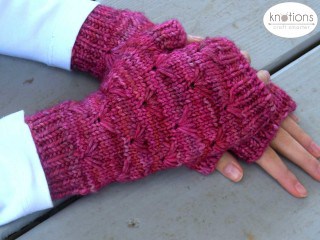 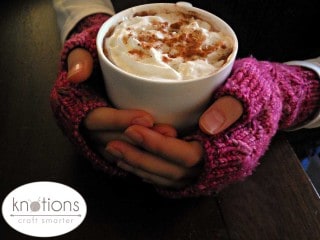 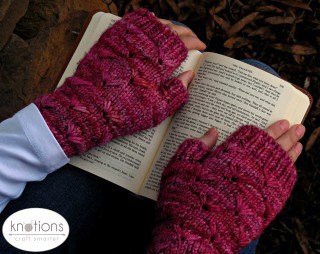 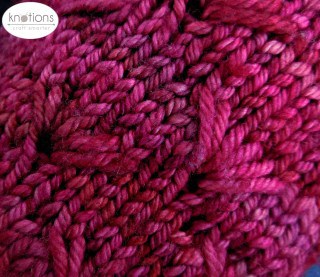 Using smaller needles, CO 32 sts using your favorite stretchy cast on. Join to work in the rnd, being careful not to twist stitches. Place marker.

Switch to smaller needles and work in k1, p1 or k2, p2 rib for one inch, or desired length. Bind off using your favorite stretchy bind off.

Place sts on hold on larger needles. Pick up 5 stitches from the thumb opening. (20 sts).

Switching to smaller needles, work in k1, p1 rib for 1 inch, or desired length. Bind off using your favorite stretchy bind off.

Weave in ends and block. About the Designer – Abigail Ryan

Abigail Ryan is a 13-year-old knitter, budding designer, slightly-below-average writer, and avid reader. She enjoys nothing more than settling down for a cozy afternoon with a good book, a cup of cocoa, and her needles. 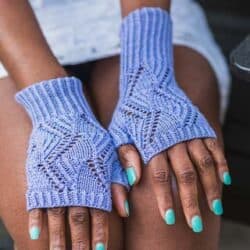 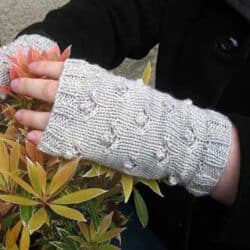 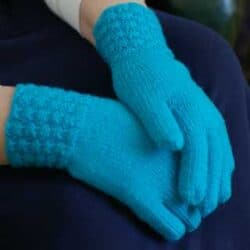 Out of the Basket Gloves by KTLV