Mirror, mirror on the wall, who is the fairest of them all? The cable-framed medallion on these mittens brings to mind an antique mirror frame. The fine yarn makes the cable motif delicate and beautiful, and the mittens will truly fit like a glove. Both the cabled ribbing and the motif are mirrored for left and right mitten for the symmetrically minded, but you can just as well only change the thumb placement and otherwise work the mittens exactly alike.

Worked in sport weight wool, these mittens are perfect for keeping your hands warm when it’s chilly but still not cold enough to take out the polar gear. 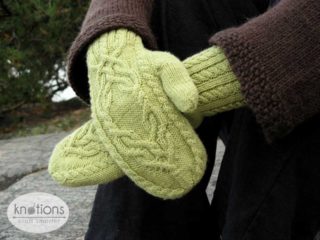 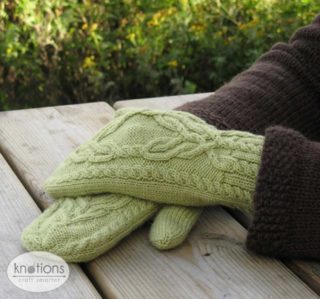 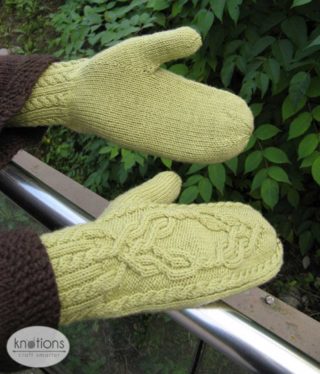 Cable Without a Cable Needle

Take care to check your row gauge, as the length of the mitten will be determined by the height of the cable motif.

CO 64 sts and divide on double-pointed needles as foll: 14 sts each on needles 1 and 2 for palm side of hand, 18 sts each on needles 3 and 4 for back of hand. Join for knitting in the round taking care not to twist. Work left cabled rib according to chart until work measures 3”.

On next rnd, begin palm and back of hand. On needles 1 and 2, p1, k until 1 st rem on needle 2, p1. On needles 3 and 4 begin left mirror cable pattern according to chart. Chart shows all rounds of back of hand.

Work 5 more rnds as est. On next rnd begin thumb gusset as foll: Work as est until 5 sts rem on needle 2. Place marker. M1, k3, m1, place marker. Work to end of rnd as est. Work 2 rounds without further increases. Work 2nd gusset increase rnd: Work to marker, sm, m1, k to 2nd marker, m1, sm, work to end of rnd as est. Rep increase rnd every 3rd rnd, always working the 2 rnds between increases as est, knitting the increased stitches. When there are 19 sts between gusset markers, work 2 additional rounds without increases. On next round work to marker, transfer 19 gusset sts on scrap yarn or stitch holder, leaving markers on working needles. Cast on 5 sts above thumb hole, between the markers, using the backward loop cast-on and work to end of rnd; 66 sts. Work 1 rnd without further shaping. On next rnd work to marker, rm, ssk, k1, k2tog, rm, work to end of round; 64 sts. Cont in patt as est.

Rnd 77: P1, ssk three times, k2tog four times, work to end of round according to chart.

Right mitten is worked like left mitten, but using right cabled rib chart for wrist and right mirror cable chart for back of hand.

Work the rest of the mitten as described on instructions for left mitten, but following right mirror chart.

About the Designer: Kristel Nyberg

Kristel Nyberg keeps her fingers warm in chilly Finland by knitting as fast as is possible while taking care of two children and a cat. Her
other hobbies include hoarding yarn and then knitting some more.

If you read Finnish, her blog can be found at

, but to read about her knitting in English you should head to Ravelry, where her username is Kristel. 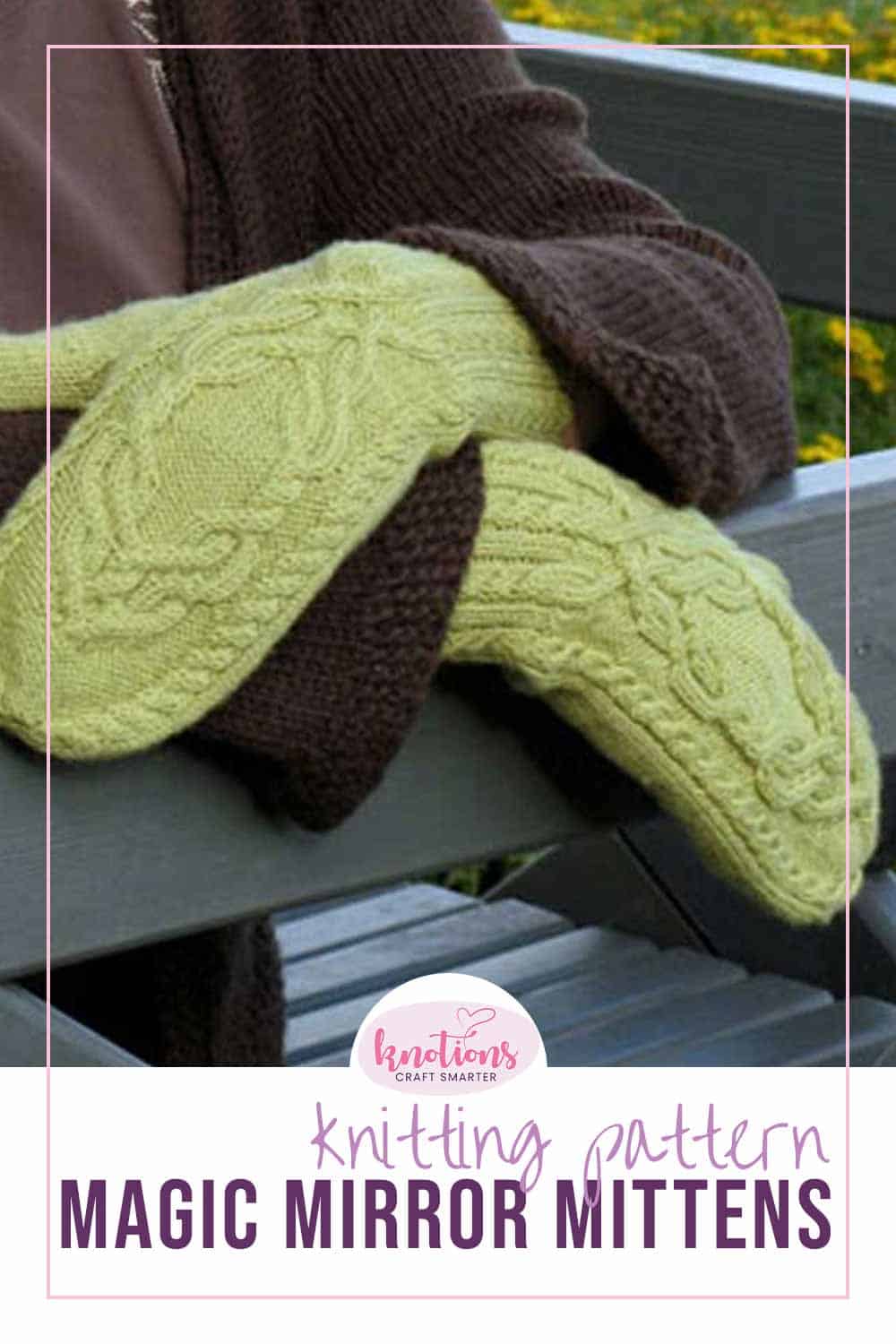 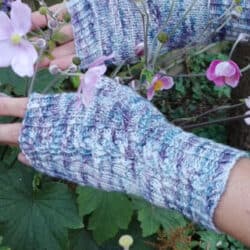 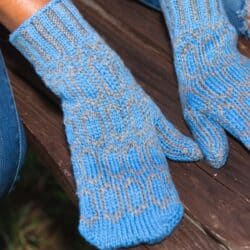 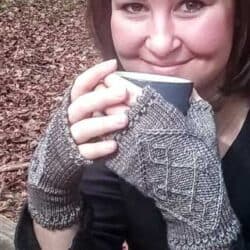